Human Rights Trials and Access to Justice in Peru

The primary objective of this collaborative research project is to develop actionable information about the current status of the judicialization of human rights cases in Peru in order to identify the problems and obstacles, draw attention to these problems, advocate for concrete solutions, and in general to make the judicial process more transparent. 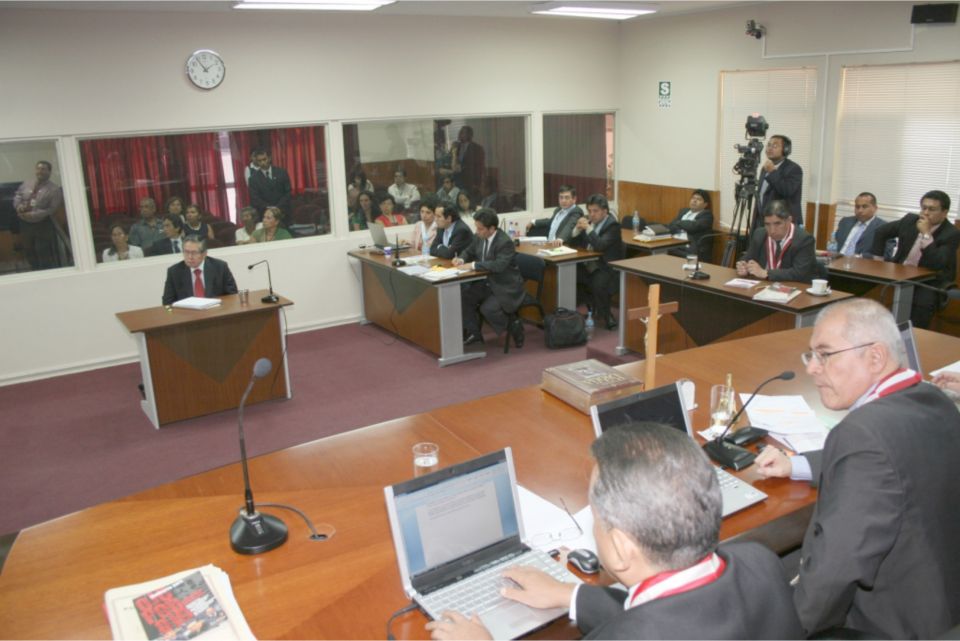 Former Peruvian President Alberto Fujimori was extradited to Peru in 2007 and in April 2009 he was convicted of crimes against humanity and sentenced to 25 years in prison for the murders of 15 people in the Barrios Altos massacre and the forced disappearance of nine students and a professor from La Cantuta University. The trial of Fujimori is widely regarded as a watershed in global anti-impunity efforts. Photograph courtesy Poder Judicial del Perú. 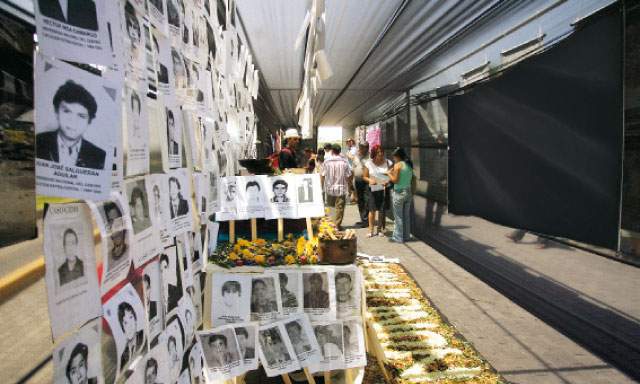 Photographs of the disappeared. Between 1988 and 1990, Peru had the highest number of forced disappearances in the world according to the United Nations. Photograph courtesy Catherine Meza. 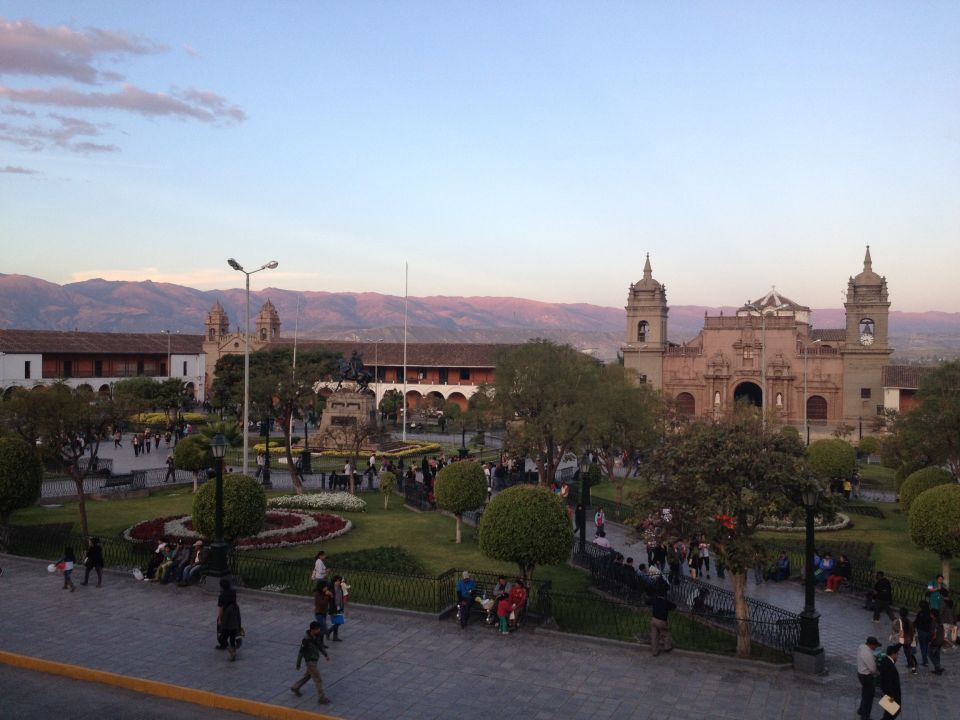 Huamanga, capital of the department of Ayacucho. Ayacucho was the epicenter of the political violence that racked Peru between 1980 and 2000, in which 70,000 lost their lives. According to the Peruvian Truth and Reconciliation Commission (CVR), 75% of the victims were from Ayacucho. Photograph Jo-Marie Burt. 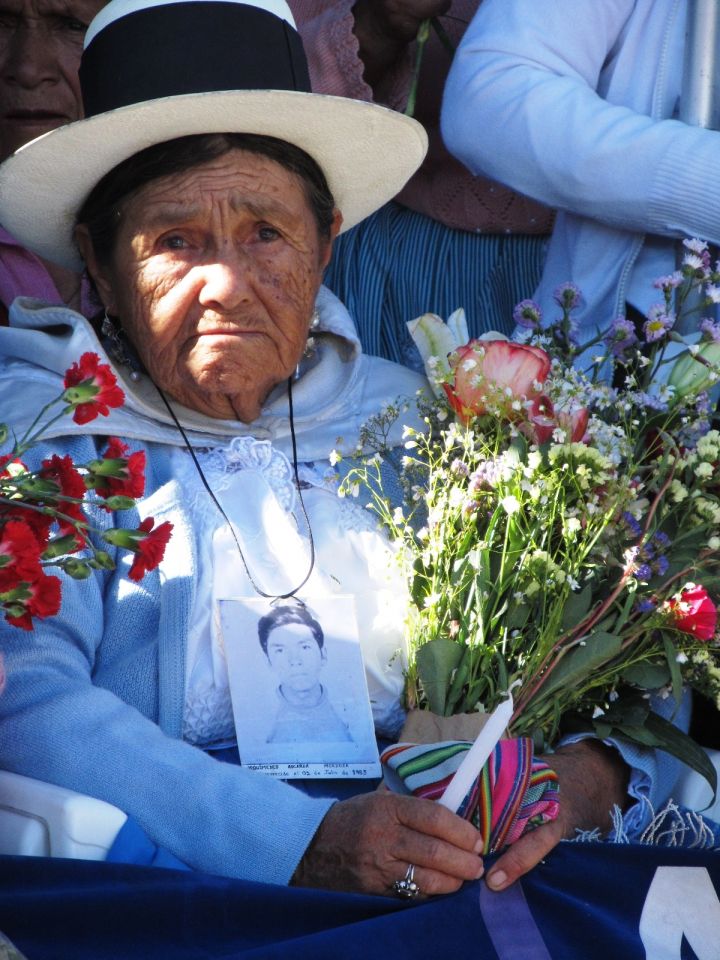 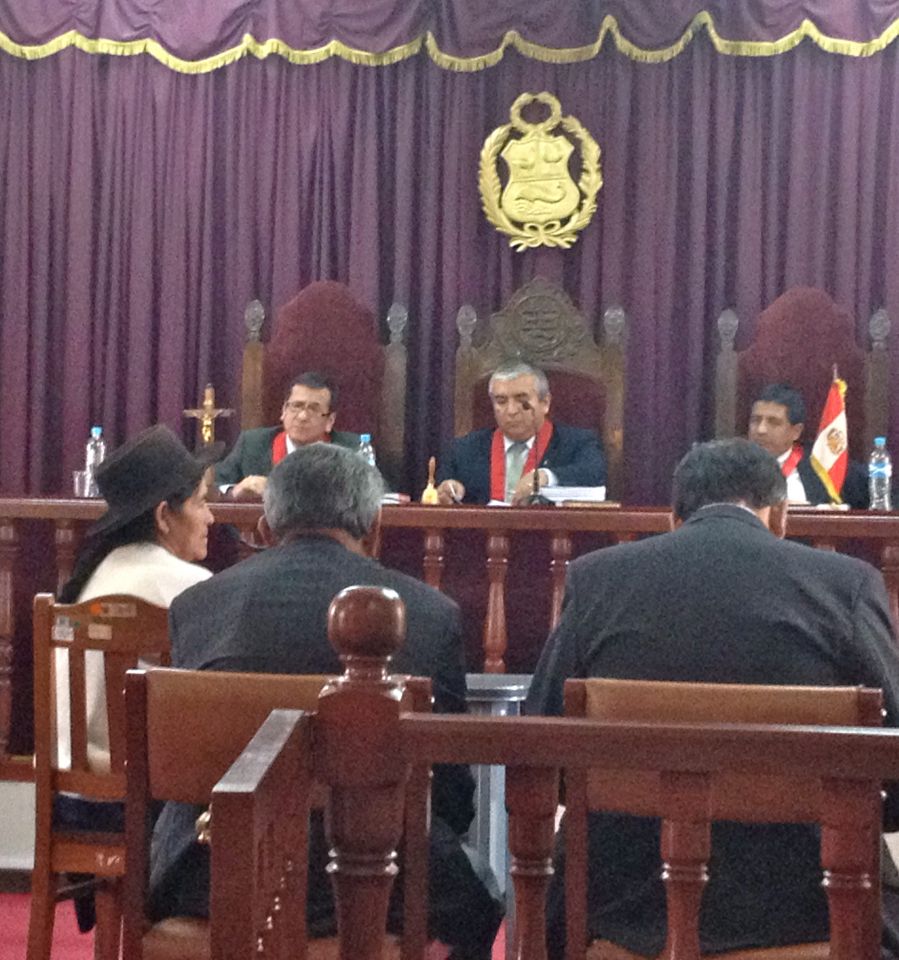 The National Criminal Court of Peru hears testimony of survivors of the Los Cabitos military base and relatives of victims who were detained in Los Cabitos and who remain missing during itinerant hearings held in Ayacucho in August, 2012. Photograph Jo-Marie Burt. 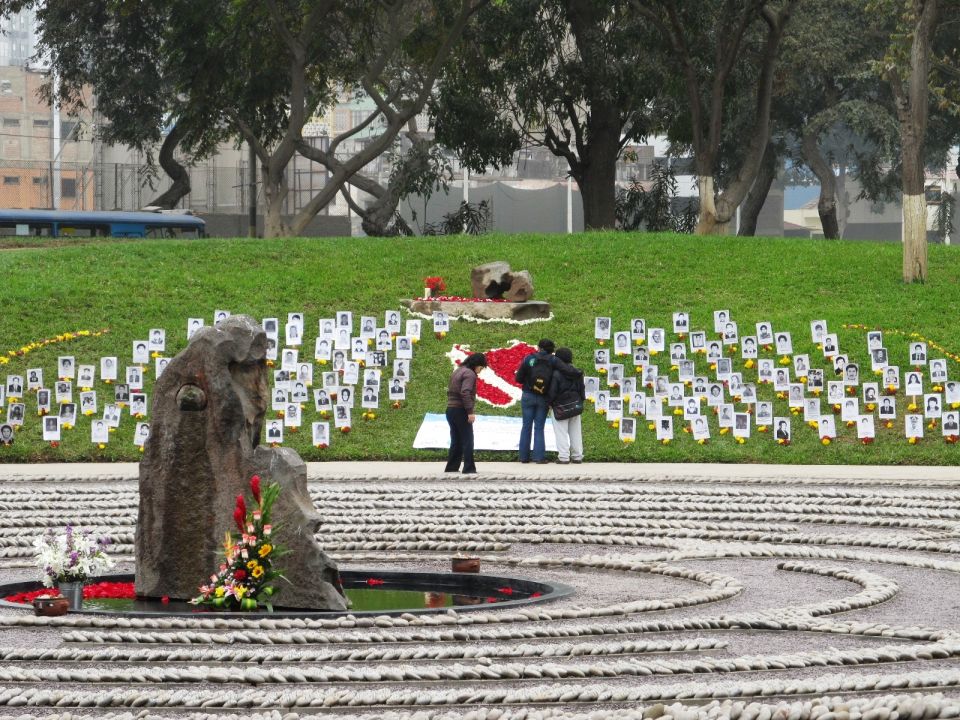 The Ojo que Llora memorial commemorates the victims of Peru’s internal armed conflict. Every November 1, the Day of the Saints, relatives of the disappeared place photographs of their missing loved ones at the memorial site. Photograph courtesy Catherine Meza. 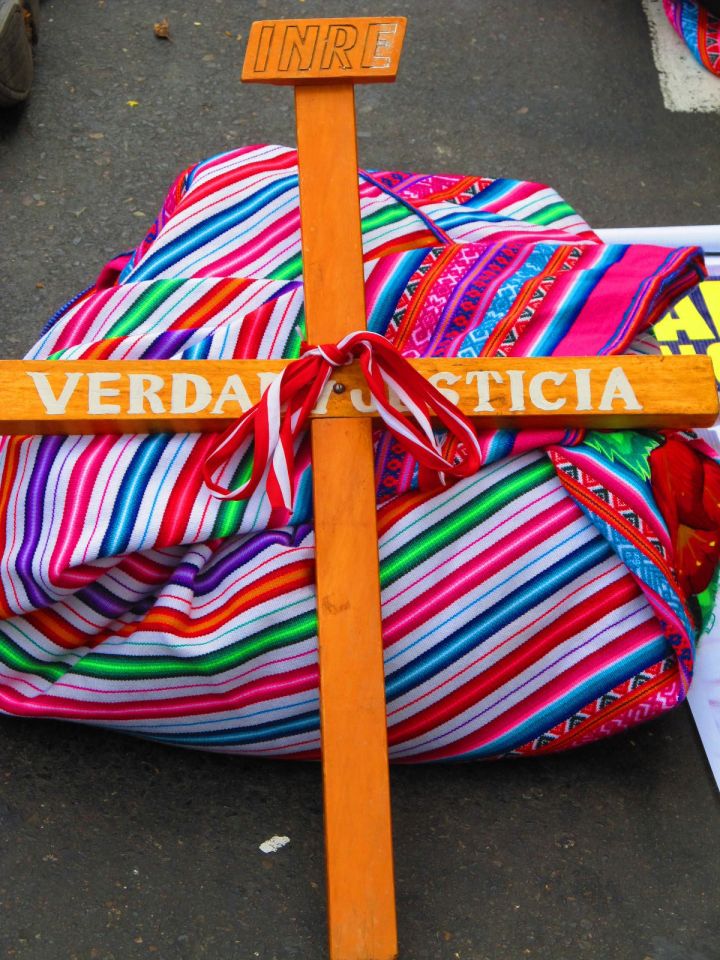 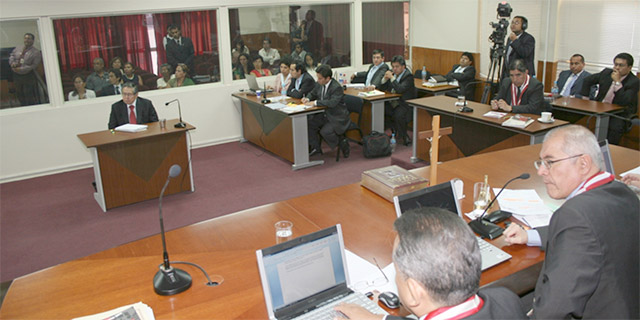